Check out IH Bristol’s extensive list of commonly used (and useful!) English expressions available for free to beginners up to advanced users. See our Useful Expressions

An Introduction to OET

An introduction to OET

International House Bristol are delighted to announce that we are now a test venue for the OET (Occupational English Test). OET is an international English language test that assesses the language proficiency of healthcare professionals seeking to register and practise in an English-speaking environment.

OET is now accepted by the Nursing and Midwifery Council (NMC) and General Medical Council (GMC) in the UK as an alternative to the IELTS.

Why choose OET over other academic tests?

Do you need to take an English test to work or study in healthcare in the UK,  Ireland, Australia, New Zealand, Ukraine, Dubai, Singapore or Namibia?

Then OET is the test for you!

By taking OET you will prove you have the right level of English plus you’ll be learning the kind of language you will need every day at work. As the only English language test made specifically for the healthcare industry, it uses real healthcare scenarios – which can make you feel more confident than an academic English test.

Additionally, as OET replicates the types of communication skills you would need in a healthcare workplace, you’re developing as a professional while you learn. 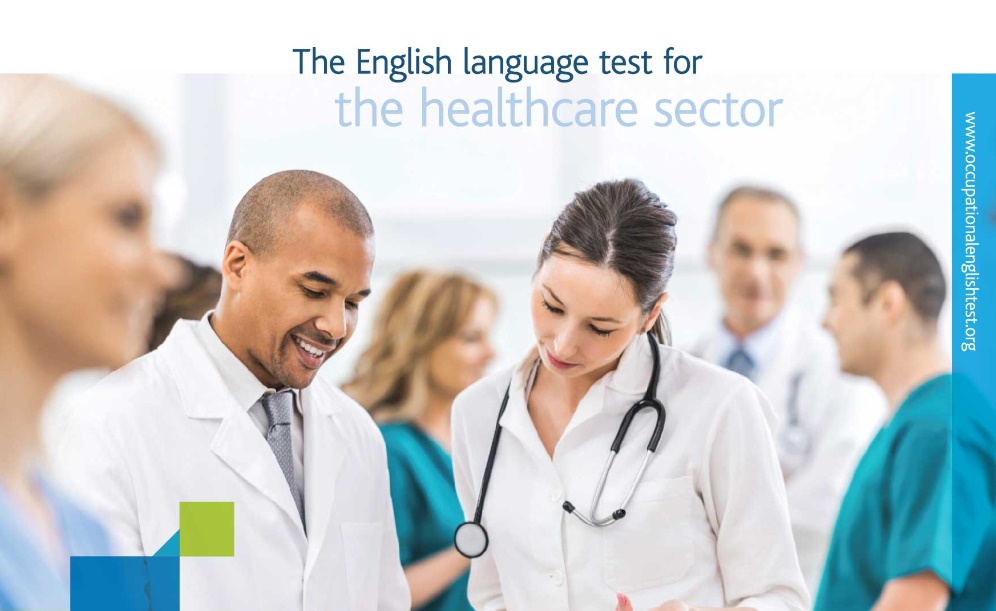 Research indicates that the test is appropriate in content and difficulty for the healthcare workplace.

A 2013 study by Cambridge English Language Assessment (Vidakovic & Khalifa, 2013) found that success at OET is a good indicator of workplace readiness in terms of language proficiency. 93% of health professionals agreed or strongly agreed that their employees and colleagues who have taken OET use English effectively in the health-related workplace. OET test takers found that the relevance to their professional contexts of test topics and content helped them engage more with the test preparation process, and made them feel confident about their ability to communicate effectively with patients, carers, and colleagues.

In a 2013 study by the Language Testing Research Centre (LTRC) at the University of Melbourne (Macqueen, Pill, Elder, Knoch, 2013), OET test takers reported that the test tasks were highly relevant to workplace communication, and therefore taking OET had a beneficial impact in terms of acculturation as well as language proficiency. The research was conducted in Australia and noted that preparing for the test helped set their expectations of professional life and the workplace in the Australian context, and aspects of test content and tasks helped them participate more effectively when working in Australia.

CBLA, in partnership with the LTRC and Cambridge Assessment English, is engaged in an ongoing programme of research and validation to ensure that OET continues to reflect the demands of communication in the workplace and that the test experience continues to have a positive impact on candidates and other stakeholders.